Nelly & Nadine is now confirmed for festivals across Europe, as first part its festival journey.

After the world premiere at Berlinale, where Nelly & Nadine won the Teddy Jury Award, the film now begins first part of its journey to more international film festivals. During March the film is selected for five important documentary film festivals in Europe. The selections are:

Following this March round to European festivals, further selections will follow to festivals all around the world in April. To stay updated on news about Nelly & Nadine, you can follow the film on Facebook.

The FIFDH is one of the leading international events dedicated to film and human rights. For the past 20 years, the festival has taken place in the heart of Geneva, the human rights capital, parallel to the annual main session of the UN Human Rights Council. https://fifdh.org/en/2022/film/168-nelly-nadine

Tempo Documentary Festival is the largest festival of its kind in Sweden. Founded in 1998, Tempo has since the start presented creative documentaries from all over the world, which would otherwise not reach the Swedish audience. Director Magnus Gertten is present in Stockholm for a Q&A after the screening on March 10 and to be of a seminar on using archive in documentary film. https://tempofestival.se/en/film/nelly-nadine/

Taking place in Greece’s second largest city, Thessaloniki Documentary Festival is a key audience and industry event for documentary in Southeast Europe. Since 1999 the festival has celebrated the art of documentary by showcasing a large international selection. Director Magnus Gertten is attending the festival to do a Q&A with the audience. https://www.filmfestival.gr/en/movie/movie/14168

CPD:DOX is one of the largest documentary film festivals in the world, with both a large audience and industry attendance. In addition to screening at the festival in Copenhagen, Nelly & Nadine is also selected to be part of the nation-wide program DOX:DANMARK, bringing the film to screenings all across Denmark. Director Magnus Gertten will be present at the festival on March 27 to do a Q&A with the audience. https://cphdox.dk/da/film/nelly-nadine-da/

Taking place in Leuven, Docville is the biggest festival for documentary film in Belgium. Nelly & Nadine is selected for the prestigious international competition of the festival. Director Magnus Gertten will be present at the festival and take part in a master class about using archive in documentary film. https://www.docville.be/nl/film/nelly-nadine 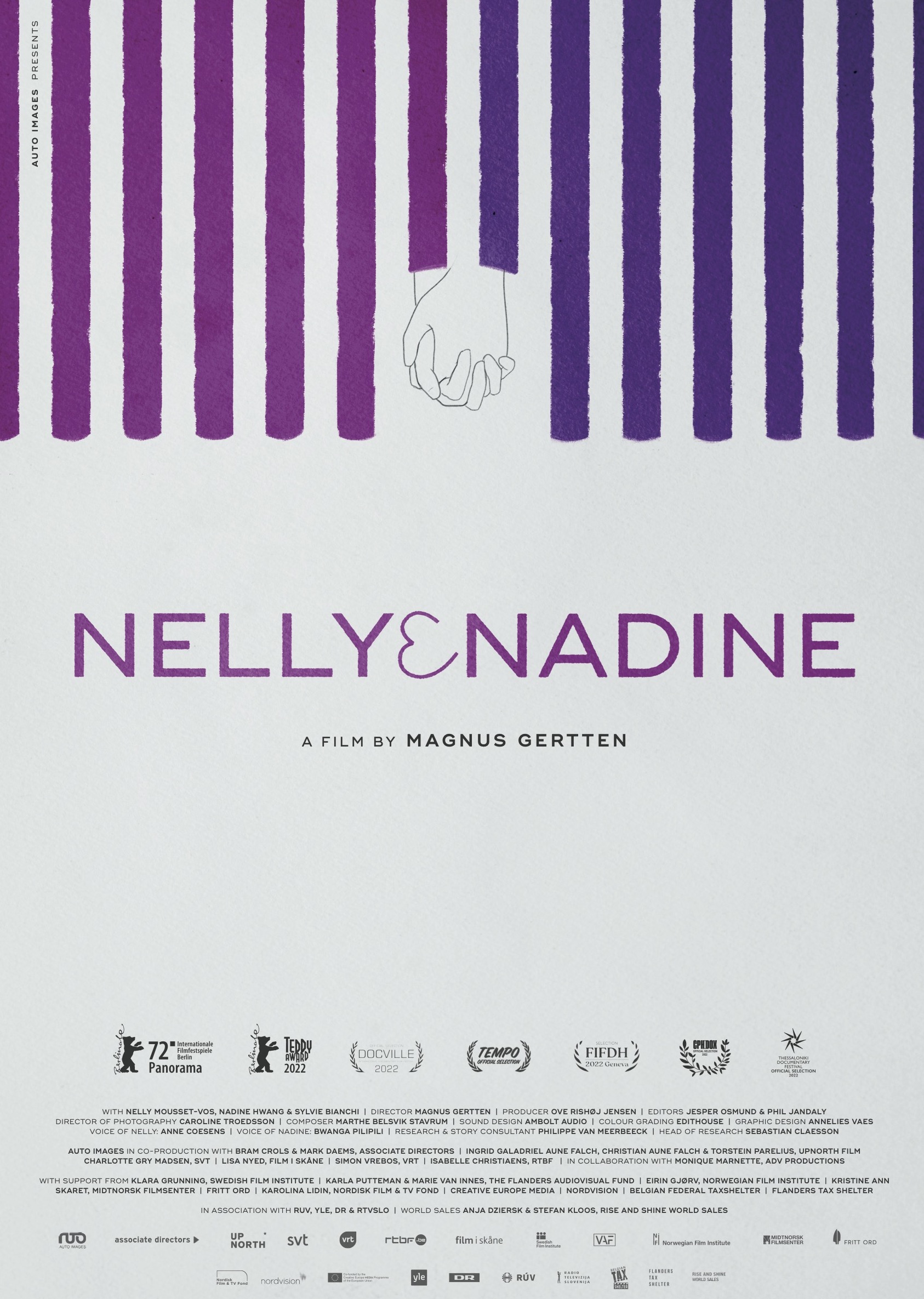