At Auto Images we are proud co-producers of Fat Front. The film is selected for the Göteborg Film Festival and will screen at Doc Lounge. 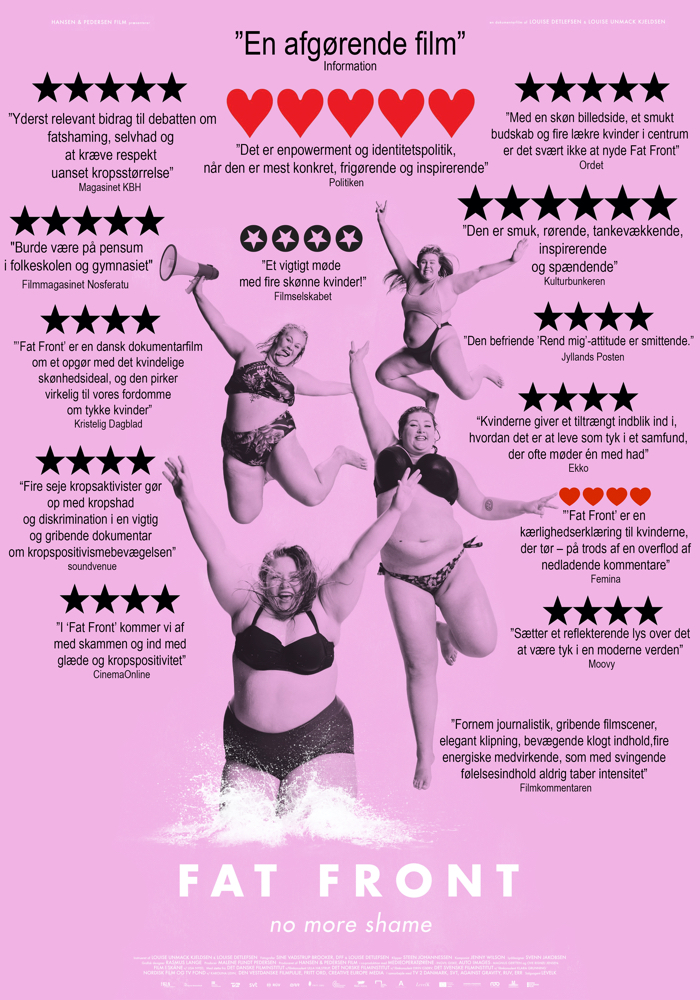 After a lot of successful reviews in Denmark, we are now ready to launch Fat Front in Sweden. First stop is screenings at Göteborg Film Festival, the biggest film festival in the Nordic countries. The during February and March the film will also be screened by the Nordic distribution network Doc Lounge.

Fat Front is the story about young Scandinavian women who have had enough of self-hatred and shame and proudly call themselves FAT. The young Scandinavian women Helene, Marte, Pauline and Wilde are fat, and they’re not ashamed of it. They’re part of a growing fat-activism movement that fights for body positivity and inclusivity. The message is that you’re beautiful just as you are.

Fat Front is directed by Louise Unmach Kjeldsen & Louise Detlefsen. It is produced by Malene Flindt Pedersen. Auto Images is the Swedish co-producer of this Danish production.

Here you can see details about the screenings at Göteborg Film Festival.