We are very happy to announce that Patriotic Highway is selected for Göteborg Film Festival. 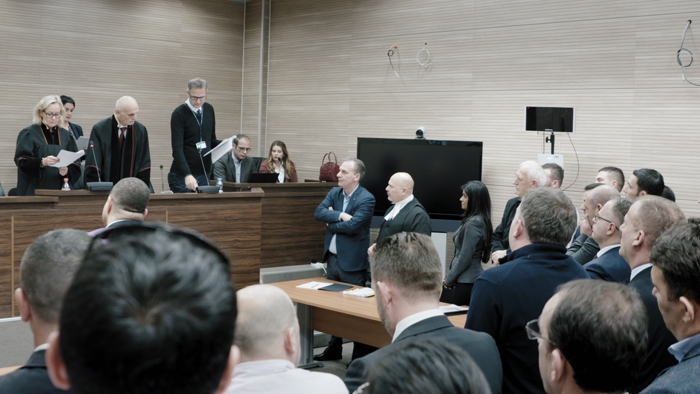 Göteborg Film Festival, which is the biggest film festival in the Nordic countries, will host the world premiere of Patriotic Highway. It is the debut feature documentary by Caroline Troedsson.

Patriotic Highway is about Judge Marie Tuma, who sets out to uphold justice where society have succumbed to greed. When war hero and former minister Fatmir Limaj faces judge Marie Tuma in a prestigious international corruption trial, she is confronted by doubtful witnesses, political pressure, and erratic surroundings. Along the way the truth becomes increasingly blurred, as the determined Fatmir Limaj challenges every preconception of the case. It is a tale about justice, corruption and the road to a newborn nation.

Here you can find details on screenings at Göteborg Film Festival.