A Thousand Pieces opened in more than 200 Swedish and Norwegian cinemas on September 5. In less than eight weeks the film has sold more than 100.000 cinema tickets in Sweden and also gained a large audience in Norway. This makes it one of the most successful cinema documentaries in Sweden.

A Thousand Pieces portrays the legendary Swedish singer / songwriter Björn Afzelius, who was one of the best selling artist in Sweden in the 80s and early 90s. The film brings a new interpretation to his song writing and tells stories about the life secrets Afzelius sometimes did not tell his friends in person, but often included references to in his songs.

A Thousand Pieces is still running in a large number of Swedish and Norwegian cinemas. Distribution deals for further territories are currently being negotiated.
See clips from A Thousand Pieces at Auto Images on Vimeo. 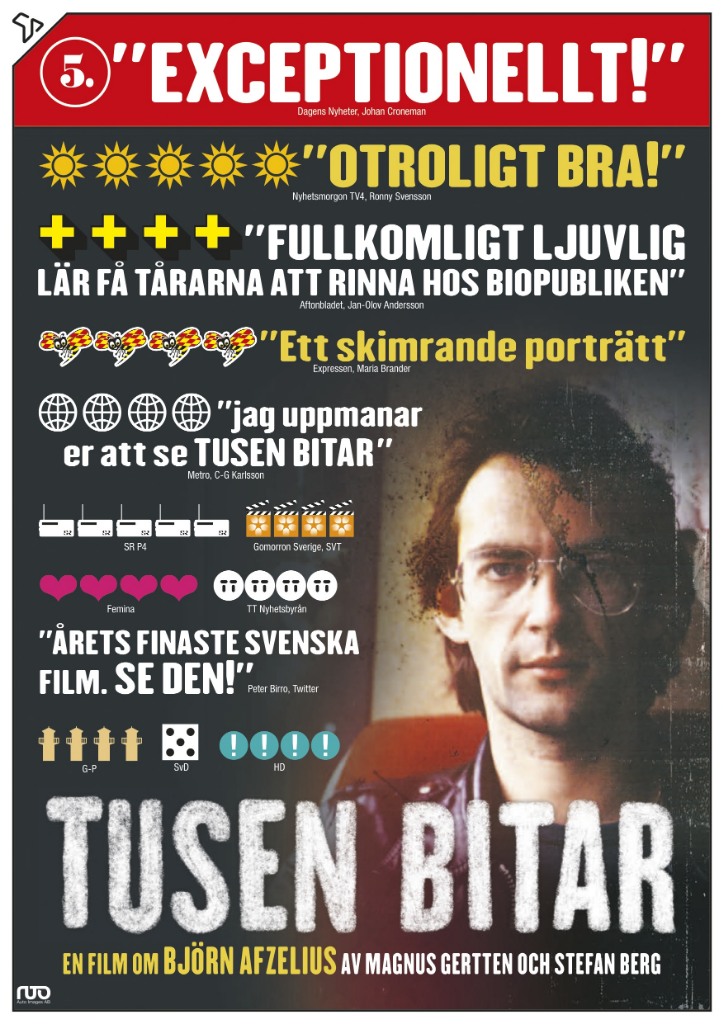