Nelly & Nadine by Director Magnus Gertten is now selected for over 100 film festivals and has received more than 20 international awards. Nelly & Nadine is also among the documentaries qualified for The Oscars in the Best Documentary Feature category.

After the world premiere at Berlinale in February, Nelly & Nadine has travelled to festivals across all continents. This has now resulted in selections to over 100 international film festivals including prestigious festivals like CPH:DOX in Denmark, Hot Docs in Canada, Doc Edge in New Zeeland, Frameline in USA, Sheffield Doc/Fest in UK, Melbourne International Film Festival in Australia and EIDF in Korea. 97 of the festivals are now published on the Nelly & Nadine web site, with additional festivals being confirmed for early 2023.

The many festival selections have also resulted in over 20 international awards. Among them are the TEDDY Jury Award at Berlinale, The Grand Prix at EIDF in Korea, Best Nordic Documentary Award at Nordisk Panorama in Sweden, The Grand Jury Prize and The Youth Audience Award at Festival du Film de Cabourg in France as well as a number of audience awards at LGBTQ+ festivals around the world.

It has been an overwhelming international journey for Nelly & Nadine, so far. Film festival audiences all over the world have fallen in love with these two brave, female pioneers. We are happy and proud of all the love and awards the film has received so far. Nelly & Nadine’s beautiful love story has been hidden in the shadows for way too long. It’s an important and inspirational story in a world where LGBTQ+ rights are still under attack in many countries, states director Magnus Gertten.

The intensive festival circulation and award recognitions for Nelly & Nadine, has resulted in a big number of international sales. This includes theatrical sales to eight territories in Europe and North America. Nelly & Nadine is currently running in cinemas in Belgium, Denmark and Germany. Soon the film will premiere in Austria and begin an American theatrical run with a New York premiere on December 16. This is part of the North American distribution of Nelly & Nadine, qualifying the film to compete among the very best international documentaries for The Oscars.

Nelly & Nadine is the unlikely love story between two women falling in love on Christmas Eve, 1944, in the Ravensbrück concentration camp. For many years their relationship was kept a secret, even to their closest family. Now Nelly’s grandchild, Sylvie, has decided to open Nelly and Nadine’s unseen personal archives and uncover their remarkable story. 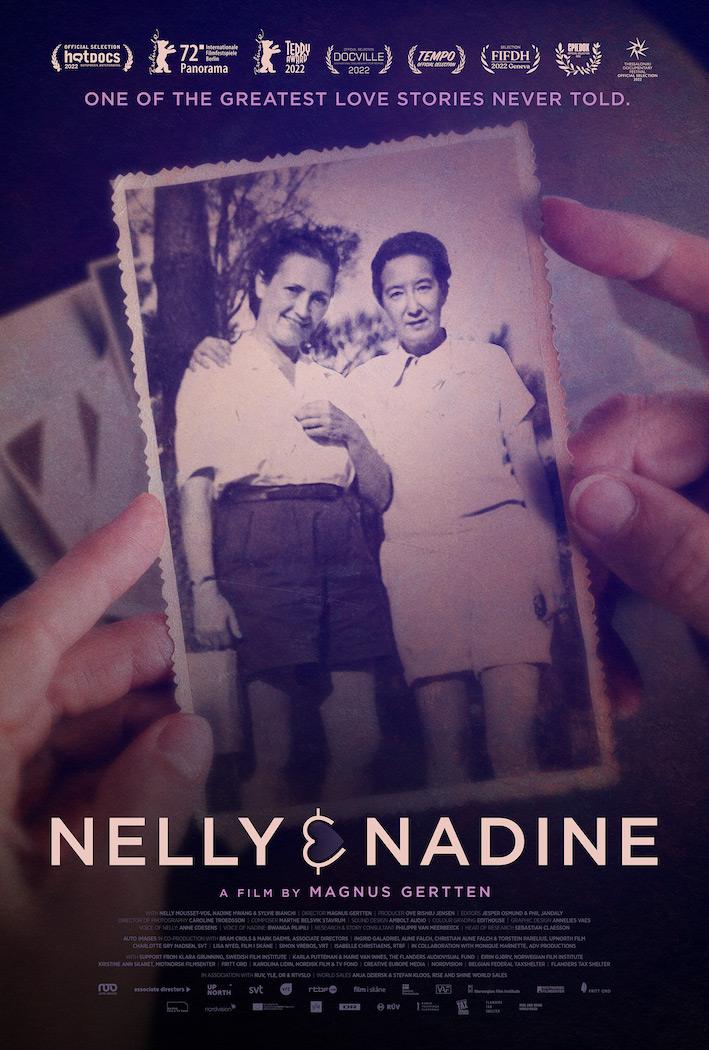